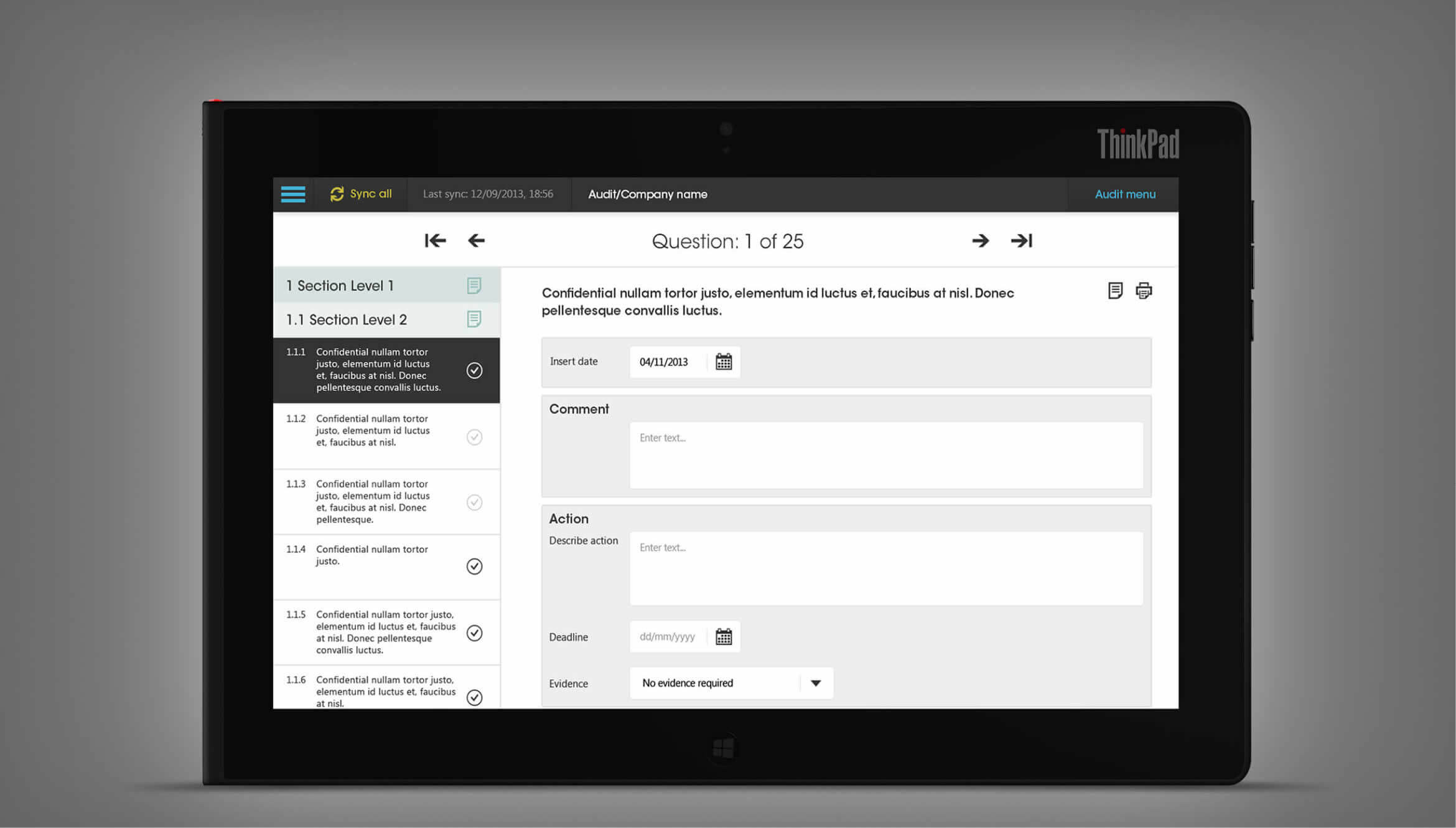 Compass Group plc (LSE: CPG) is the largest contract foodservice company in the world, serving 4 billion meals in over 50 countries.

Compass’ challenge was that it was using a combination of Excel, Word and paper to capture data from the Field. This naturally led to data integrity and accuracy issues, hard to access reports and inefficient workflow. To overcome this challenge, we created a bespoke .NET solution to manage the creation of audits and the collation of the responses.

The application integrated with Compass’ SAP system so that we could pull down the location of each of their units as well as their organisational structure. It also integrated with their corporate reporting system, Cognos, and also with their Identity Management software, IBM’s TIM.

The audits are delivered to and conducted on Windows 8 tablets and Windows Mobile using two custom built apps. The apps are sent the audits by the system, based on the user’s credentials. The apps allow the audits to be conducted offline, as within some of the audited environments a mobile signal is not allowed.

So far, 1.5m audits have been processed; 300m questions answered and thousands of spreadsheets eliminated.

The key element of our challenge was two-fold. It included understanding the needs of the audience and the integration requirements. First, we conducted user research to map the auditing and reporting process and the associated issues; the resulting prototype was tested in the field and all learnings were fed back into our production process. Second, we conducted workshops to determine the integration approach with IBM’s Tivoli, SAP and Cognos.

The new system has transformed the auditing process: organising an audit has become more efficient, the auditing process is faster and subject to fewer errors, the completed audit is submitted promptly, the report becomes instantly available to management and the auditor feels more in control.